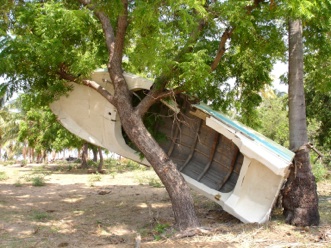 This section outlines the work I did prior to becoming a consultant – the foundation on which my current practice is built.
I worked with children and young people, in formal school settings and informally as a youth worker, and became familiar with both government systems, and with the structures of NGOs and charities: with volunteering, working with steering committees and governing boards, and serving on such boards myself.
I then moved to the Red Cross, and worked on the domestic UK side before moving back to international work – based first in the UK, and then in Turkey, Zimbabwe, and Sri Lanka.

July 2005 to July 2008
Leading the British Red Cross response to the Indian Ocean Tsunami in Sri Lanka
Representation, leadership, strategy and programme design for post-tsunami and post-conflict environments
Rapid switch from recovery approach to emergency relief during the conflict and displacement in the east of the country
Management of large diverse and dispersed team; security management
Coordination and networking in complex partner environment
Programming in livelihoods recovery, disaster risk reduction, shelter, and first aid training