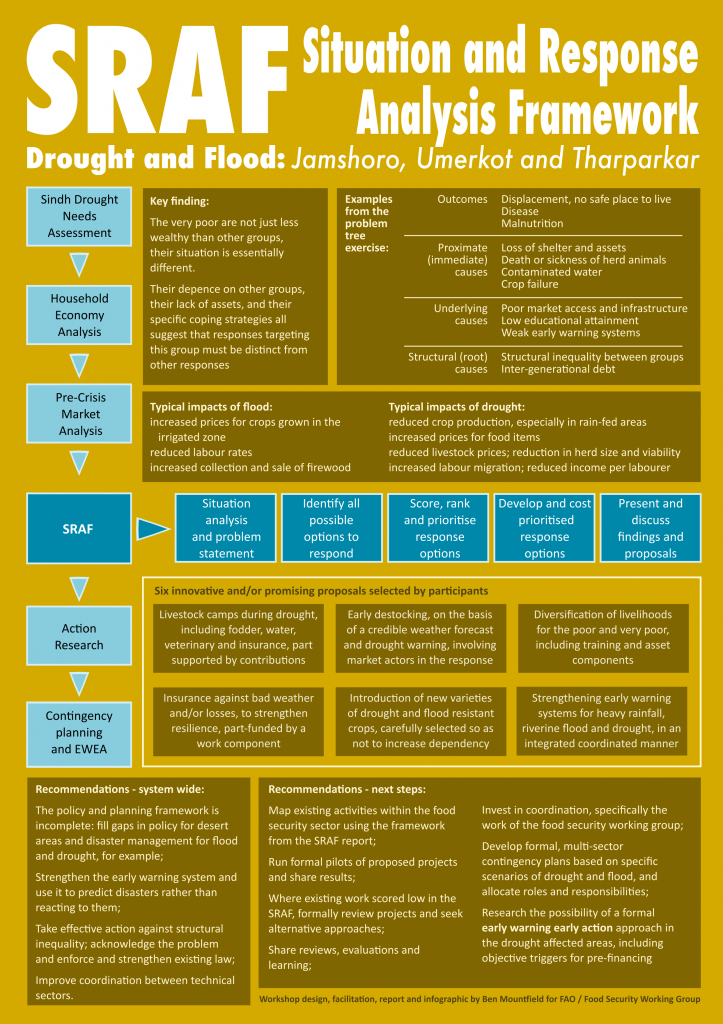 In recent years there have been a range of analyses and assessments done, and the Food Security Working Group (FSWG) was hoping that an SRAF process – Situation Analysis and Response Option Framework – would provide them with the ‘answers’ in terms of what to do next.  While life is not, typically, quite that simple, the process did set out a wide range of scored and ranked options for preparedness, response and recovery activities for both flooding and drought events, as well as a set of next steps intended to provide a framework for action research.

There are two areas that such research should cover.  One is a set of ‘traditional’ responses, particularly to drought in pastoralist areas, which scored poorly in the response option element.  And the other is a number of interesting and innovative ideas that are worth testing further.

Key to these processes will be transparency in evaluation, so that all stakeholders to the FSWG can share in the learning and agree the best ways to improve programming in the future.

Innovations included looking more closely at insurance models, especially for drought (where objective indicators against which policies pay out can be difficult to define) and some Early Warning Early Action thinking (and see here) for some examples as part of a strengthened contingency plan.  Government was also recommended to strengthen the policy framework around deserts and disaster management.